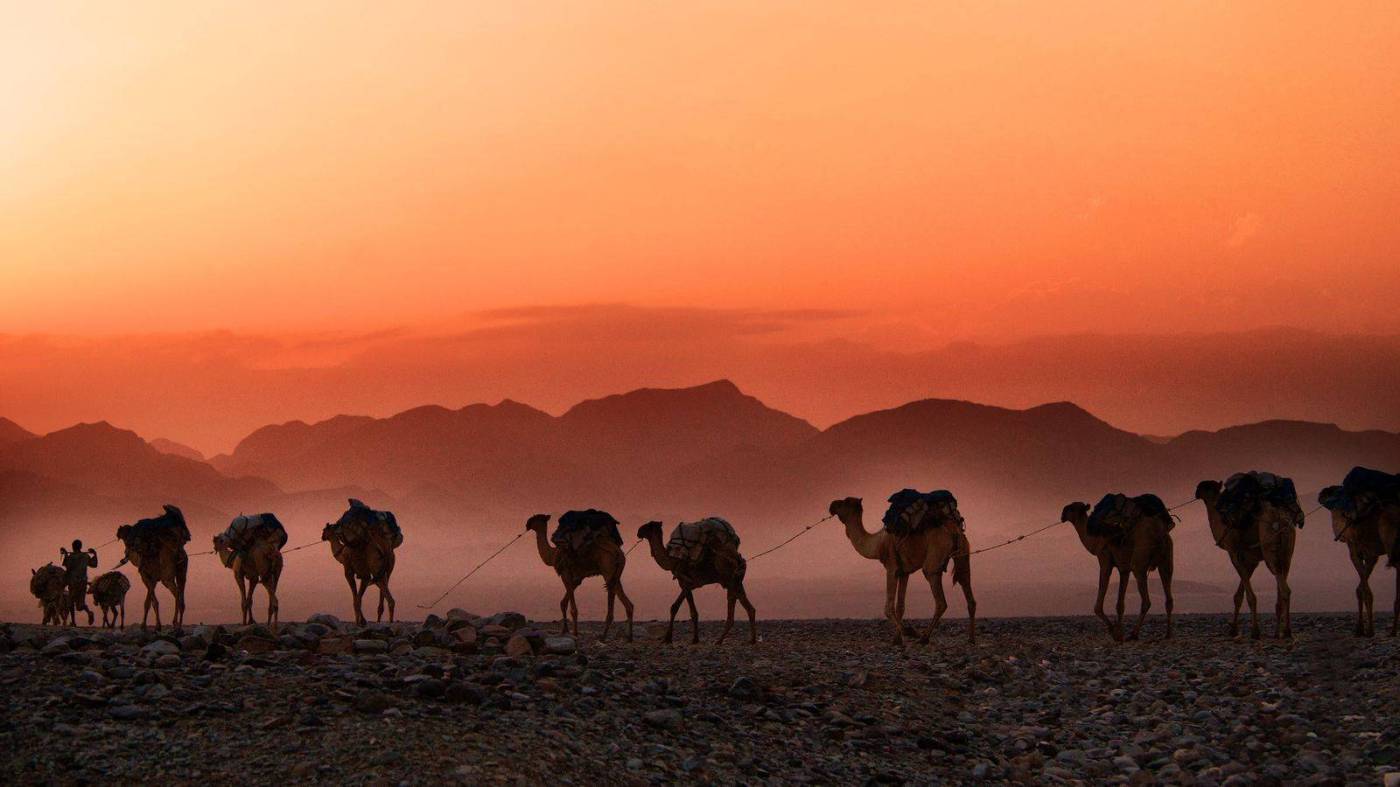 …were we led all that way for / Birth or death?

Set down this, he said, set down this. And I did, although I was not there as a scribe. I set down his story about following a star in his youth, and how it led him to the land of my own people, where he found only cold, winter hills, a poor bare town and a hundred thousand of us Jews scurrying around for the census. I took down as best I could his ramblings about shepherds and lambs, a poor young couple with an early baby and – though I did not understand it – the feeling of dread that came over him when he saw this child, and which he said had followed him since.

Unusually for me, Ephraim Ben Sirach, who am known as a purveyor of the choicest, the rarest objects, to kings and even the Caesars, and whose chiefest delight is to turn a profit from those who turned my people into slaves – unusually for me, I pitied him.

I could afford to pity him. He had bought my entire load: Indian ivories, lapis from Bamiyan, the strange celadon pots which ring like a bell and are made in secret places in the great kingdom beyond the wall. When I mentioned that I was born in the same year he described, the year of Caesar Augustus’ census, he gripped my arm and asked me what I knew about the star that had shone during that winter, and which had, for his fellow astronomers, presaged some conjunction between heaven and earth. They thought of it as a bridge over which they expected who-knew-what, or whom, to come walking.

I smiled, I remember, and tried to move the talk along. I am tired of seeing my people thought of as lunatics, hysterics, weaklings under the boot of Rome. ‘Just legends, my lord. The stories of all captive people who hope for a messiah to break their shackles because they cannot break them for themselves.’

‘Messiah – this is what we call a saoshyant.’ He looked in to the distance.

‘Who will arrive on a bridge of stars

Bringing with him the sword of Ahura Mazda

Banishing the Druj, renewing the world

By the fire of virtue.’

I nodded. I had no idea what he was talking about, but I heard bitterness behind the words. I am a merchant, but even I know that a man must believe in something, and that he is as one widowed when that faith dies away. ‘Certainly, there was one born in that year, near the town you describe, of whose birth stories are told.’ I didn’t say unlikely stories, or ridiculous.

Again came the iron grip on my arm. ‘Tell me.’

I wanted to say, ‘Set down this. Set down this,’ and treat him like a scribe. Instead I told him about the old couple who had had no children and of the son suddenly born to them after an angel visited the woman, Elisheba, when her husband was in the Temple. I told him, further, about how they named the child Yokhanan and how he took himself off to the wilderness, living on locusts and honey and wearing a tunic of camel hair. He claimed that the spirit of the Lord visited him during the nights among the stones and stars and commanded him to go back to the towns and begin washing people of their sins.

The man watched me with the gaze of a lion watching a gazelle. He did not withdraw that vice-like gaze even when I told him that Yokhanan’s insistence on sin eventually tired even Herod Antipas, that Greek puppet the Romans have made our king. Or that Herod had him beheaded one evening as a gift for Salome, his stepchild.

He asked only one question. ‘The man had followers, surely, who continue his work of sin-washing?’

I conceded that this was true, though I held back the fact that Judea is now full of such characters, some of whom claim to fly, or command storms, and even to have conquered death. I also omitted my relationship to Yokhanan, my cousin, and that lunacy runs in my mother’s family.

He released me, and it seems that I released him in some way. I heard that he had regained a vigour lost for more than forty years, and that he set out for Judea shortly after I left. He died in the fertile land near the Euphrates from age and some fever, but his servants, whom I met in a caravanserai near Damascus, said that he died happy, even transformed.