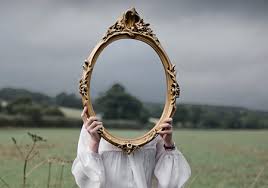 Only the characters that we love to hate exist outside the story. Their strength allows them to breach the walls of their text and enter our world.

a) use this statement as a stimulus for a character, persona, or speaker who is hateful in some way. You must include at least one literary device or stylistic feature from a text that you have studied in Module C. 12 marks

b) Explain how the study of Module C has influenced the choices you made in a). 8 marks

You can read the sample answer (a) to this question here, and a discussion about how to incorporate things here.

I took the last line ‘What am I to make of all this?’ from Kate Tempest’s poem ‘Picture a Vacuum’ because I admired its genuinely neutral character, and the way it leaves the text open both to other things happening, and to the reader’s interpretation of the meaning. Because of the question’s effect, throwing interpretation over to the reader, I also put it at the end of my piece.

I decided to include several potentially hateful characters: the jaded teacher who dislikes her students and their attitude, and the boy whose view of people is already very cynical, as well as the two characters from literature that they discuss. While the classroom setting is definitely ‘our world’, I also included the teacher imagining Iago in the classroom, having ‘breached the text’.

Since this question asks about the reception of characters rather than the characters themselves in the text, I thought it was simplest to shape the different views of literary characters as a dialogue. This would most naturally happen in an English class. I contrasted the quality and character of this idealized discussion with the lived reality of many classrooms, and the cultural values which lie behind student silence or apathy.

Given the time and word limits this was what I produced when I thought of ‘hateful characters’. I might have explained more about why the teacher is so jaded, or how she comes to be there, and why she doesn’t leave, if I’d had time. I would also have done more to incorporate Tempest’s metaphor of remnants of the Big Bang into the teacher-student relationship.

One thought on “A sample reflection”